Modern DDoS attacks use new techniques to exploit areas that traditional security solutions are not equipped to protect. These attacks can cause serious network downtime to businesses who rely on networks and Web services to operate. DDoS Protector Security Appliances and Cloud DDoS Protection Services block destructive DDoS attacks before they cause damage.

Blocks a wide range of attacks with customized multi-layered protection

On Premises and Cloud-based Mitigation


In today’s info-security threat landscape, denial-of-service and distributed denial-ofservice (DoS/DDoS) attacks are a major cause of network downtime. Whether executed by hacktivists to draw attention to a cause, fraudsters trying to illegally obtain data or funds, or a result of geopolitical events, DDoS attacks are a destructive cyber weapon. Governments, utilities, financial services and commercial institutions face daily attacks.

Preparing for “common” DDoS attacks is no longer enough. Thanks to the growing array of online marketplaces, it is now possible for hackers to wreak havoc with virtually no knowledge of computer programming or networks. Attack tools and services are easy to access, making the pool of possible assaults larger than ever.

With these new threats, it is critical to ensure your DDoS mitigation solution can protect your organization and customers from today and tomorrow’s sophisticated attacks. 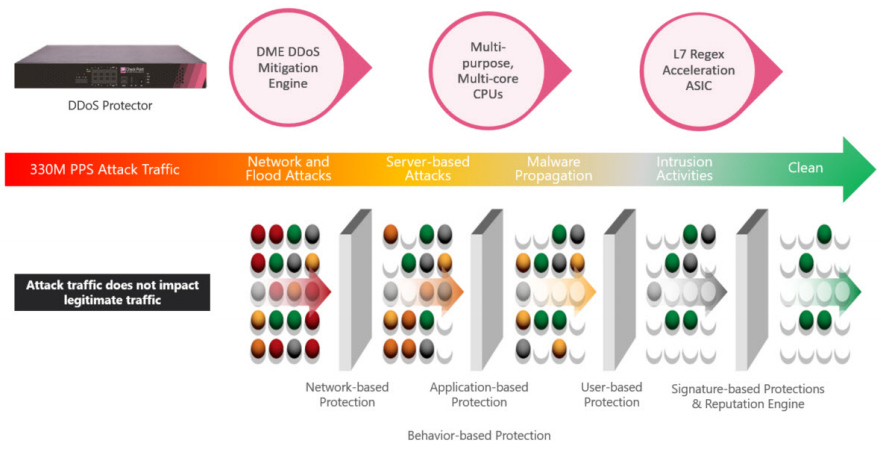 DDoS Protector provides the industry’s most advanced, automated protection from fastmoving threats, including from recent IoT based attacks such as Mirai. It is uniquely built to overcome both the complexity and scale of today’s sophisticated IoT-based botnets. DDoS Protector also helps organizations win the ongoing security battle against availability attacks, by detecting and mitigating known and zero-day DoS/DDoS attacks in real-time. It protects against other security threats that are usually undetected by traditional DDoS mitigation tools, such as SSL-based flood attacks, attacks on login pages and attacks behind CDNs.

A DDoS Protector Security Appliance to Fit Your Every Need

DDoS Protector can be deployed inline, out-of-path (OoP) or in a scrubbing center to provide the highest mitigation accuracy within the shortest time. Each deployment mode offers the same performance as an inline device.

With DDoS Protector deployed either inline or out-of-path as well as in a scrubbing center, the devices are able to communicate with each other in real-time to collect automatic updates of normal traffic baselines, detect behavioral patterns and obtain attack footprints. This constant real-time flow of Defense Messaging enables DDoS Protector to provide accurate and instant mitigation without the need to learn this information when an attack occurs.

Deploying DDoS Protector devices out-of-path or in a scrubbing center is the most scalable and flexible solution as it is based on the maximum attack mitigation capacity needed, without being limited by the actual network physical topology.

In addition to the security modules integrated in DDoS Protector, Check Point’s Attack Mitigation Solution (AMS) includes an SSL decryption/encryption engine, a WebApp Protector module and Hybrid Cloud DDoS Protector Service that works in sync with the on premises solution. With no performance impact or risk, Check Point’s AMS ensures business continuity even when under attack.

The solution is enhanced with a central Security Information Event Management (SIEM) to provide unified situational awareness to our Emergency Response Team (ERT). Unique messaging assures that each component provides information about traffic baselines and real-time signatures to the others, so that all system components have full visibility into all information.

Through this messaging, Check Point’s AMS can detect attacks where it should and mitigate attacks where it’s best. For example, the system can detect a volumetric attack at the network perimeter but mitigate it in the cloud. This automatic, real-time feature enables organizations to scale the mitigation capabilities of the solution by moving mitigation as far as possible from the application infrastructure.

Check Point’s DDoS Protector Cloud Service can be delivered in On-demand, Always-on, or in a Hybrid configuration, and can be custom-tailored to suit any customer need, network topology or threat profile. 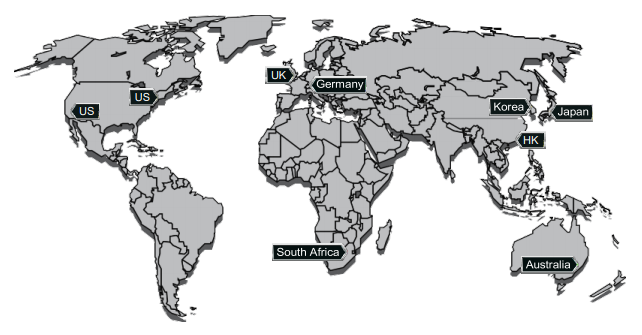 Our cloud-based service includes the same features you get in the on premises solution. This includes behavioral-based detection using advanced, patented machine-learning algorithms to protect against known and unknown threats, zero-day protection against network and application layer DDoS attacks such as Burst attacks, DNS attacks and others. Our unique protection against SSL-based attacks does not add latency or require customers provide full SSL certificates. Our extensive compliance options and certification are unparalleled by any rival and include industry-specific certifications such as PCI and HIPAA, as well as cloud security standards such as ISO 27001, ISO 27017, ISO 27018, ISO 27032 and others.

The Emergency Response Team (ERT) is a group of security experts that provides 24x7 support and mitigation services for customers facing a broad array of application and network layer DDoS attacks. The ERT compliments an organization’s ability to deal with cyber-attacks by leveraging both security expertise and real-time threat intelligence services. The team engages in mitigating a broad array of security events, including malware outbreaks, application exploits, DDoS attacks and DoS attacks. The ERT provides the required expertise and service during prolonged, complex attacks and helps to quickly restore the operation by mitigating DDoS attacks fast.